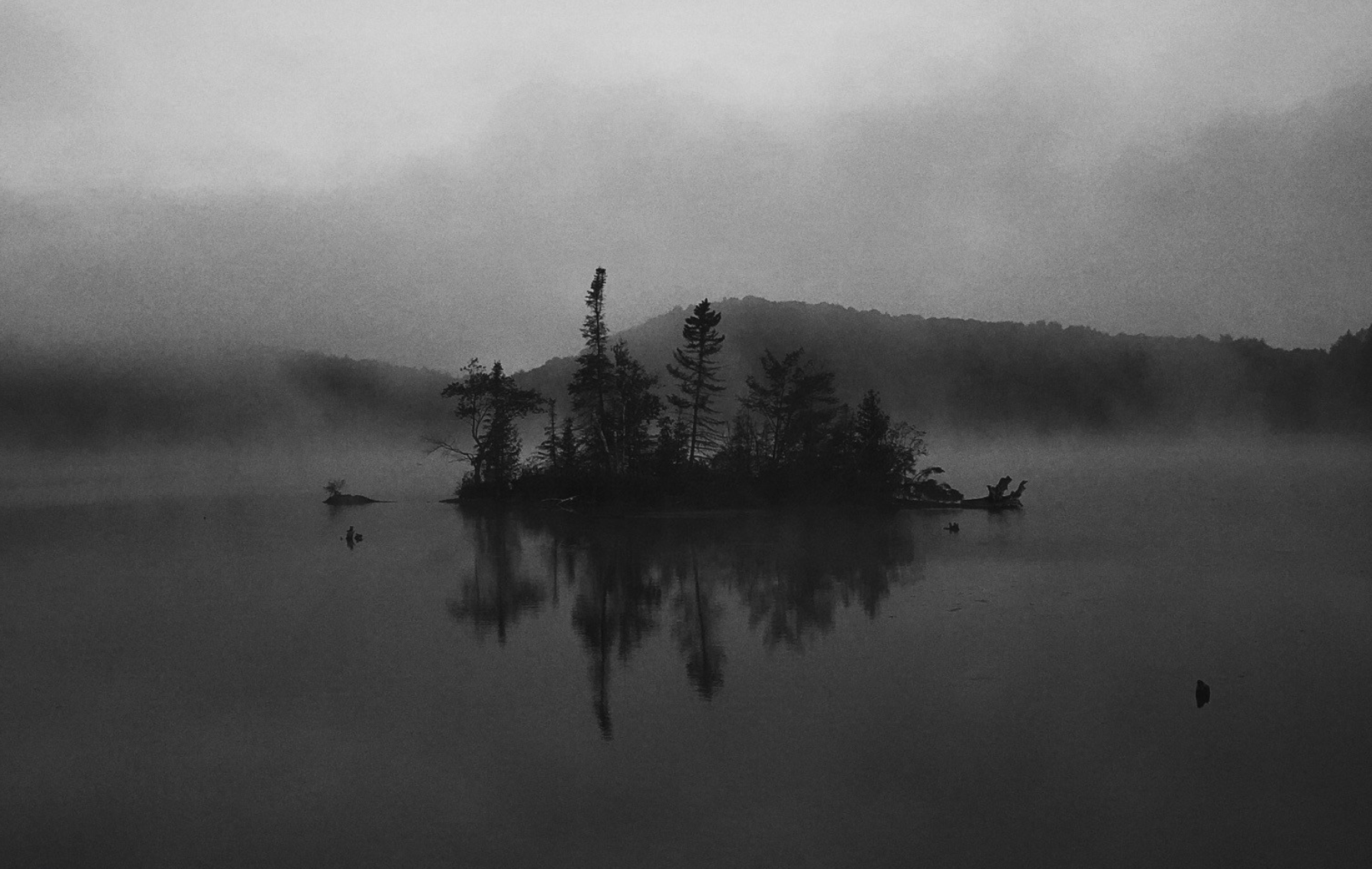 With the election season in Canada over, I am reminded of the council of the eighteenth-century Baptist minister, Andrew Fuller (1754–1815).

In his short work, Backslider, Fuller, while diagnosing the nature of a backsliding Christian, warns his readers against falling prey to “deep interest in political disputes” which every age falls into. When politics fill our minds and affections, “the Scriptures,” Fuller argues, “become a kind of dead letter, while the speeches and writings of politicians are the lively oracles.”

Instead of having our filled with spiritual conversations, we fill our minds with unprofitable things which “are the rocks amongst which many have made shipwreck of faith and a good conscience.” An over-attention to politics can lead us away from a warm, heartfelt devotion to Christ.

Though his words might, at first, seem overly zealous, we would do well to consider and heed his exhortation. You can read his full excerpt below taken from Andrew Fuller, Backslider

Finally, there is another species of departure from God which it becomes me to notice, as many in the present age have fallen prey to it; that is, taking an eager and deep interest in political disputes. The state of things in the world has of late been such as to attract the attention, and employ the conversation of all classes of people.

As success has attended each of the contending parties, the minds of men, according to their views and attachments, have been affected. Some with fear and dismay, lest their party interests should be ruined; others with the most aggressive hopes, as if the world were to be emancipated, war abolished, and all degrees of men rendered happy.

This is one of those strong winds of temptation that occasionally arise in the troubled ocean of this world, against which those who are bound to a better had need to be on their guard. The flattering objects held out by revolutionists were so congenial with the wishes of humanity, and their pretenses to disinterested philanthropy so fair, that many religious people for a time, forgot their own principles.

While gazing on the splendid spectacle, it did not occur to them that the wicked, whatever name they assumed, would do wickedly. By observing the progress of things however, they have been convinced that all hopes of the state of mankind being essentially ameliorated by any means short of the prevalence of the gospel, are visionary, and have accordingly turned their attention to better things. But some have gone greater lengths. Their whole heart has been engaged in this pursuit. It has been their meat and their drink and, this being the case, it is not surprising that they have become indifferent to religion, for these things cannot consist with each other. It is not only contrary to the whole tenor of the New Testament, but tends in its own nature to eat up true religion.

If any worldly matter, however lawful in itself, engages our attention inordinately, it becomes a snare, and more so in matters that do not come within the line of our immediate duty. But if in attending to it we are obliged to neglect what manifestly is our duty, and to overleap the boundaries of God’s holy Word, let us look to it.

Beyond those boundaries is a pit in which, there is reason to fear, great numbers have been lost. There were many in the early ages of Christianity who despised government and were not afraid to speak evil of dignities but were they good men? Far from it. They were professors of Christianity however, for they are said to have escaped the pollutions of the world through the knowledge of Christ, yea, and what is more, they had attained the character of Christian teachers.

But of what description? False teachers, who privately brought in damnable heresies, denying the Lord who bought them, bringing upon themselves swift destruction whose ways, though followed by many, were harmful, occasioning the way of truth to be evil spoken of.  To copy the examples of such men is no light matter.

When a man’s thoughts and affections are filled with such things as these, the Scriptures become a kind of dead letter, while the speeches and writings of politicians are the lively oracles. Spiritual conversation is unheard, or if introduced by others, considered as a flat and uninteresting topic.

Leisure hours, whether sitting in the house or walking by the way, instead of being employed in talking and meditating on divine subjects, are engrossed by things which do not profit. Such are the rocks amongst which many have made shipwreck of faith and a good conscience.

Christians should respect governments, irrespective of the party

Whatever may be the duty of a nation in extraordinary cases, there is scarcely any thing in all the New Testament infused with more solemnity than that individuals, and especially Christians, would be obedient, peaceable, and loyal subjects; nor is there any sin much more awfully censured than the contrary conduct.

It requires not only that we keep within the compass of the laws, which is easily done by men of the most unprincipled minds, but that we honour and intercede with God for those who administer them. These duties were pressed particularly upon the Romans who, by their situation, were more exposed than others to the temptation of joining in the factions and conspiracies which were almost continually at work in that tumultuous city.

Nor does the danger belong exclusively to one side. We may sin by an adherence to the measures of a government, as well as by an opposition to them. If we enlist under the banners of the party in power, considered as a party, we shall feel disposed to vindicate or palliate all their proceedings, which may be very inconsistent with Christianity.

Paul, though he enjoined obedience to the existing government, yet was never an advocate for Roman ambition and, when addressing himself to a governor, did not fail to reason on the righteousness and judgment to come.

It is our duty, no doubt, to consider that many things which seem evil to us might appear otherwise if all the circumstances of the case were known, and therefore to forbear passing hasty censures. On the other hand, we ought to be aware of applauding everything that is done, lest, if it be evil, we be partakers of other men’s sins, and contribute to their being repeated.

While some, burning with revolutionary zeal, have imagined they could discover all the wonderful events of the present day in Scripture prophecy, and have been nearly blinded to the criminality of the principal agents. Others, by a contrary prejudice, have disregarded the works of the Lord and the operations of his hand.

Whatever may be said of means and instruments, we must be strangely insensible not to see the hand of God in the late overturnings among the papal powers and, if we be induced by political attachment instead of joining the inhabitants of heaven in a song of praise, to unite with the merchants of the earth in their lamentations, are we not carnal? There is no need of vindicating or palliating the measures of men which may be wicked in the extreme, but neither ought we to overlook the hand of God.

The great point with Christians should be an attachment to government as government, irrespective of the party which administers it. This is right, and would tend more than anything to promote the kingdom of Christ. We are not called to yield up our consciences in religious matters, nor to approve of what is wrong in those which are civil but we are not at liberty to deal in bitterness or evil-speaking.

The good which results to society from the very worst government upon earth is great when compared with the evils of anarchy. On this principle, it is probable that the apostle enjoined obedience to the powers that were even during the reign of Nero. Christians are soldiers under the King of kings; their object should be to conquer all ranks and degrees of men to the obedience of faith.

But to do this, it is necessary that they avoid all those entanglements and disputes which retard their main design. If a wise man wishes to gain over a nation to any great and worthy object, he does not enter into their little differences nor embroil himself in their party contentions but, bearing goodwill to all, seeks the general good. By these means he is respected by all, and all are ready to hear what he has to offer. Such should be the wisdom of Christians. There is enmity enough for us to encounter without unnecessarily adding to it.

If a Christian be under the necessity of siding with a party, undoubtedly, he ought to act in favour of that which appears to him the best. However, even in this case it is not becoming him to enter with eagerness into their disputes. Let worldly men who thirst after preferment busy themselves in a contested election—they have their reward. Let Christians, if called to appear, discharge their duty and retire from the tumultuous scene.

By entering deeply into the party contentions of the nation, religious people on both sides will be charged in their turn with disloyalty—and it may be not always without a cause. Fifty years ago, that party was out of power which at present is in power.

At that time, the charge of disloyalty was directed against them, and they were then denominated patriots. It is possible that many who now seem to abhor a spirit of disaffection towards administrative government, would be themselves not the best affected were the other side to recover its authority.

But if we enter into the spirit of the gospel, though we may have our preferences of men and measures, we shall bear goodwill to all, and whoever be at the head of affairs, shall reverence the powers that be. Whatever be our private opinion of the men, we shall respect and honour the rulers. That loyalty which operates only with the prevalence of a party, whichever it be, is greatly removed from the loyalty enjoined by the Scriptures.

Acquire a Dignity of Character

By standing aloof from all parties and approving themselves the friends of government and good order, by whom so ever administered, Christians would acquire a dignity of character worthy of their profession. They would be respected by all, and possess greater opportunities of doing good. By a contrary conduct, they render one part of the community their enemies and the other, I fear, would derive but little spiritual advantage from being their friends.

This article was original published on The Gospel Coalition Canada. Used with permission.

To learn more about Andrew Fuller on Backsliding, be sure to check out Backslider.