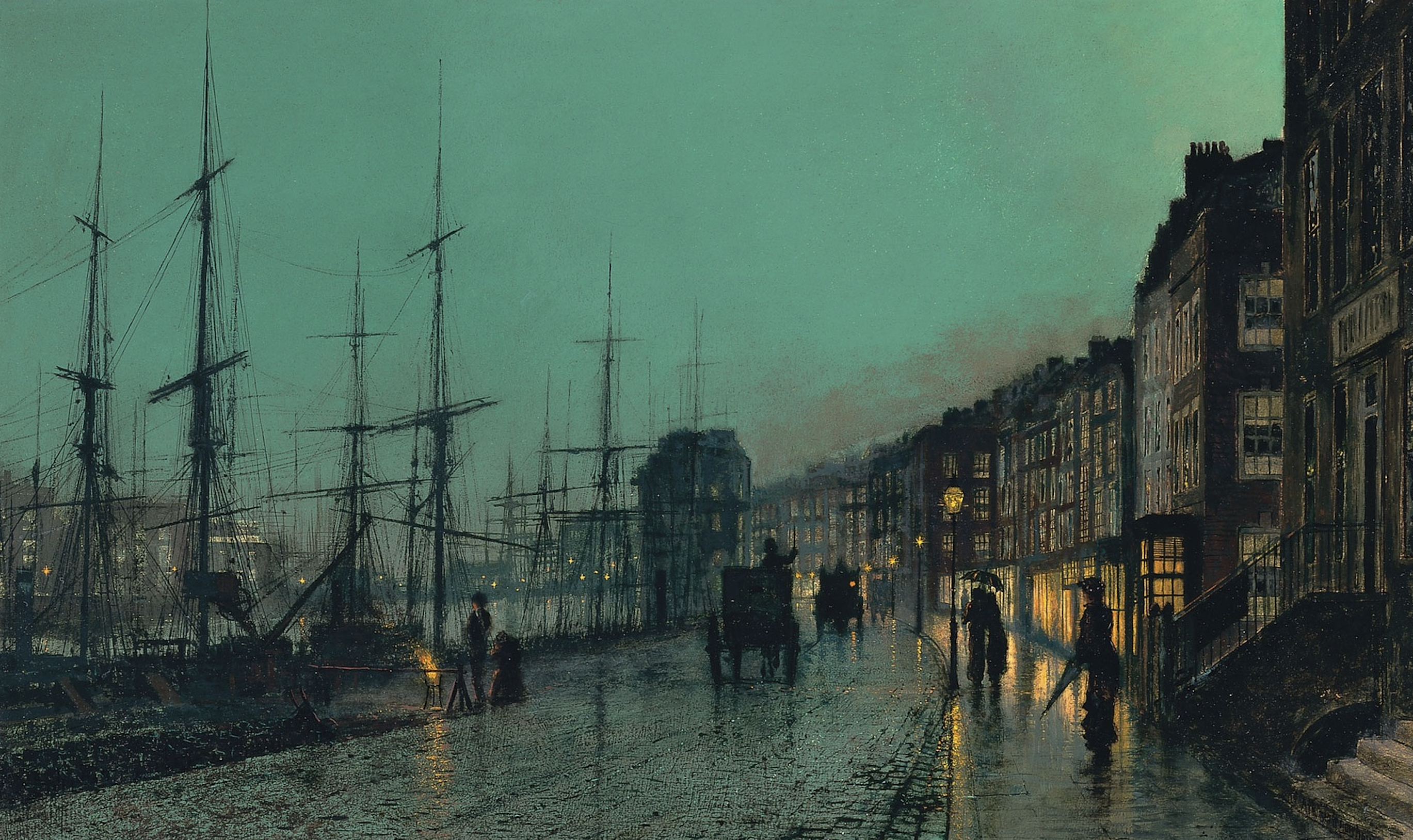 J. C. Ryle was born and raised in a wealthy but unspiritual home.[1] He distinguished himself academically and athletically at Eton and Oxford.  In his final year at university he experienced an evangelical conversion, the account of which has achieved a semi-legendary status among evangelicals—a testimony to the power of the public reading of Scripture.[2] Shortly thereafter, his father’s bankruptcy ruined the family, ended Ryle’s political career before it started, and forced him into the ministry of the Church of England. Although he initially became a clergyman because he felt “shut up to it,” Ryle quickly gained a reputation for being a powerful preacher, diligent pastor, popular author, and effective controversialist. He rose through the evangelical ranks to become the undisputed leader and party spokesman—the first to hold that distinction since Charles Simeon (1759–1836). He became the first Bishop of Liverpool in 1880 at an age (64) when many clergymen contemplate retirement, and served as the chief pastor of the second city of the British Empire until his death in 1900. Bishop Ryle has been dead for more than a century, but his works on the Christian life continue to “do good to souls.”

The World and Works of J.C. Ryle

Ryle composed his major works on Christian piety in the midst of theological controversy, and it is against this background that they must be read. Biblical piety—evangelical, reformed, and protestant piety—was under assault by three enemies in the latter half of the nineteenth century. The first and most significant threat came from the Ritualists, known today as Anglo-Catholics. The Ritualists were those High churchmen and Tractarians who sought to reintroduce Roman Catholic practices of piety, devotion, and worship to the Church of England. A second threat came from Broad churchmen within the Church of England. These men of “broad” theological opinions called into question essential doctrines of the Christian faith, such as the inspiration of the Scriptures and the deity of Christ, and were willing to call any person “saved” who was sincere and earnest in their religious opinions, no matter what they might be. A third threat to biblical piety came from within the evangelical ranks. The “higher life” movement, which came to be associated with the Keswick Convention, urged Christians to embrace a superior form of spiritual life immediately, by faith alone. A second conversion, full salvation, and victory over all known sin was offered to all who would “let go and let God.”

Though Ryle typically addressed some aspect of practical Christian living in every work he published, there are four volumes that present his “practical divinity” in its entirety.[3] Knots Untied: Being Plain Statements on Disputed Points in Religion (1874) is the first work in the series, the purpose of which is to “untie some theological knots, and to supply some clear statements of truth from the standpoint of an Evangelical Churchman.”[4] Knots United is more than just an evangelical churchman’s response to the pressing theological questions of the day: it is Ryle’s defense of the evangelical and protestant character of the Reformed Church of England, and it proved to be tremendously popular. It went through ten editions in eleven years; the thirty-first edition was published in 1954.

Old Paths: Being Plain Statements on Some of the Weightier Matters of Christianity (1877), is the second work in the series and consists of “papers, systematically arranged, on the leading truths of Christianity which are essential to salvation.”[5] These “leading truths” include the inspiration of Scripture, sin, the work of Christ, justification, the work of the Spirit, repentance, conversion, and faith. This volume, like the one before it, is largely concerned with the doctrinalside of Christian spirituality, whereasthe two works that follow focus more on practical Christian living. In a time of theological controversy and spiritual confusion, Ryle called readers back to the “simple, unadulterated, and old-fashioned” evangelical theology and piety of generations past.[6]

Holiness: Its Nature, Hindrances, Difficulties, and Roots, the third work of Ryle’s practical divinity, was first published in 1877 and later significantly expanded and republished in 1879. The work was occasioned by the rise of the “higher life movement,” which promoted a “holiness by faith only, and not at all by works of exertion.”[7] Though he admits that some of the proponents of this movement are well-meaning, Ryle was convinced that higher life teaching is “really calculated to do more harm than good.”[8] His response, known today simply as Holiness, became his single most popular book and a modern spiritual classic.

Practical Religion: Being Plain Papers on the Daily Duties, Experience, Dangers, and Privileges of Professing Believer(1878) is the fourth and final work of the series.[9] It is the most practical of the series in that it “throws some light on what every believer ought to be, to do, and expect.”[10] He discusses spiritual duties, such as self-inquiry and self-exertion; the means of grace, such as prayer, Bible-reading, and the Lord’s Supper; Christian graces, such as charity, and zeal; spiritual dangers, such as formality and the world; and the Christian hope, among other pastoral topics. In many respects, Practical Religions is to this series what Ryle’s concluding application was to his sermons—it recapitulates and applies the major themes of the previous volumes in order to make his vision preeminently practical.

Taken together, these works form a remarkably robust vision for the Christian life. Ryle’s spirituality is protestant, evangelical, reformed, and yes, Anglican. In short, it is The Pilgrim’s Progress stated propositionally in simple, forceful, and modern English. In the coming posts I hope to explore this vision more fully, but before considering the particulars I wanted say something about Ryle’s world and works more generally.

[1]           For a life of Ryle, see my new intellectual biography of Ryle entitled John Charles Ryle: The Man, His Ministry, and His Message (Grand Rapids, MI: Reformation Heritage Books, 2018).

[2]           Around the time of his examinations, John Charles attended Carfax Church, formally known as St. Martin’s, feeling somewhat depressed and discouraged. The reader of the lesson made some lengthy pauses when he came to  Ephesians 2:8: “By grace—are ye saved—through faith—and that, not of yourselves—it is the gift of God.” This unusual and emphatic reading  made a tremendous impact on him and led to his own evangelical conversion.

[3] In the preface to Practical Religion, the final volume of this series, Ryle states that he intends Knots Untied, Old Paths, Holiness, and Practical Religion to be read in conjunction with one another, and thus these works form a united whole. See J. C. Ryle, Practical Religion: Being Plain Papers on the Daily Duties, Experiences, Dangers, and Privileges of Professing Christians (1878; reprint, Carlisle, PA: Banner of Truth Trust, 2000), v–vi.

[6] Ryle specifically mentions the “Apostolic Christians, the Reformers, the best English Churchmen for the last three hundred years, and the best Evangelical Christians of the present day.” See J. C. Ryle, Old Paths: Being Plain Statements on Some of the Weightier Matters of Christianity (1878; reprint, Carlisle, PA: Banner of Truth Trust, 2005), vii.

[9] In the preface of the work Ryle explicitly states this work’s connection to the previous. He says, “The volume now in the reader’s hands is intended to be a companion to two other volumes which I have already published, entitled Knots Untied and Old Paths…[Additionally] It is to be read in conjunction with another work I have previously put out, called Holiness. See J. C. Ryle, Practical Religion: Being Plain Papers on the Daily Duties, Experiences, Dangers, and Privileges of Professing Christians (1878; reprint, Carlisle, PA: Banner of Truth Trust, 2000), v–vi.

Get a copy of Ryle’s Simplicity in Preaching edited by Bennett.