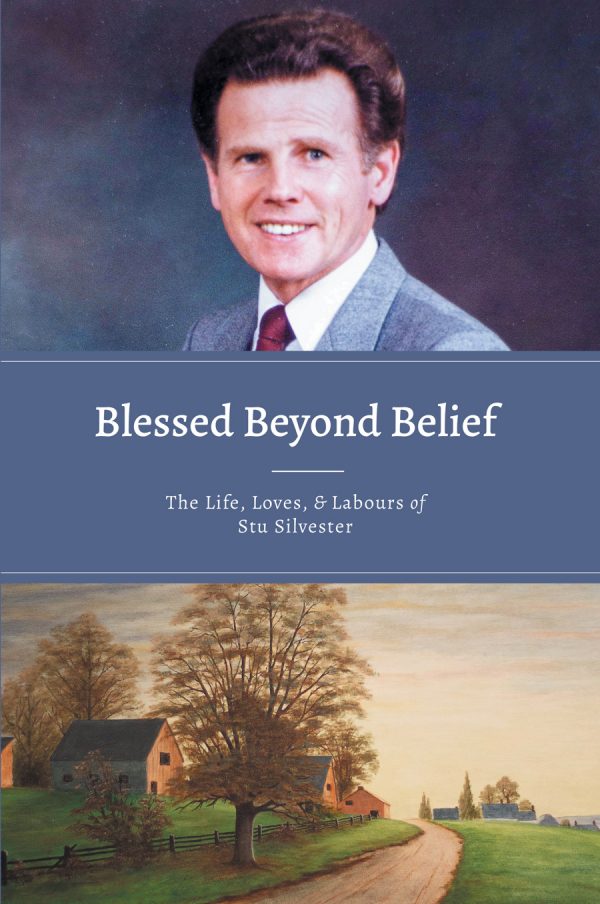 Blessed Beyond Belief is the account of God’s faithfulness in the life of Pastor Stu Silvester for 85 years, beginning in Saskatchewan and continuing in Ontario. It’s the story of a farm boy who loved sports, and cars, but who finally obeyed God’s call and at age 28 with two daughters went to Seminary. His lovely wife Bev was a teacher/librarian who put Stu through seminary, and the Lord allowed them to serve Him for over 55 years until He called her to her reward in 2018.

This book reveals how God takes the weak to accomplish His work when we’re willing to obey Him. It tells of God’s provision for every need and His protection from injury and death on several occasions. Stu saw the results of prayer, hard work and faith, in God and His Word at work in people’s lives as the Baptist church that Stu pastored in Bramalea, Ontario, grew from 60 to 1500 in 20 years.

Stu also had the privilege of giving leadership to 500 Evangelical Baptist churches in Canada in evangelism and church growth. God led Stu to start Baptist Builders which resulted in over 20 churches being built by volunteers across Canada.

May this story draw you closer to the Lord and His Word in these dark and dangerous days!