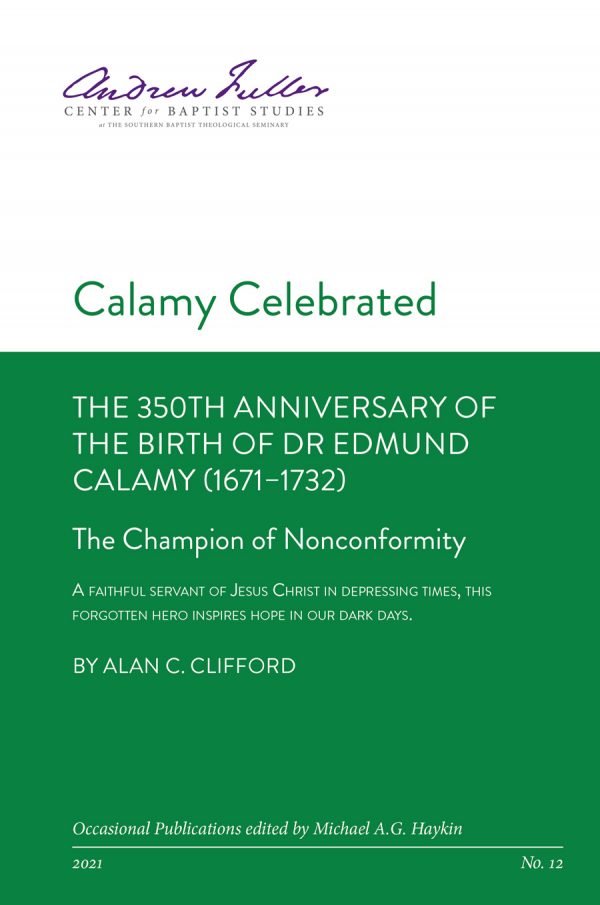 The Calamy family was a prominent family in English Nonconformity from the period of Stuart Puritanism down to the Victorian era. The most famous of the family is Edmund Calamy III (1671-1732), who was an English Presbyterian churchman and historian. Ordained at the London meeting-house of Samuel Annesley, the Presbyterian grandfather of John Wesley, Calamy served Christ faithfully in London during the first third of the eighteenth century. This booklet by the historian-pastor Alan Clifford is a celebration of Calamy’s life and ministry on the 350th anniversary of his birth.

Ebooks are for personal use only and not for distribution unless otherwise granted via written permission.