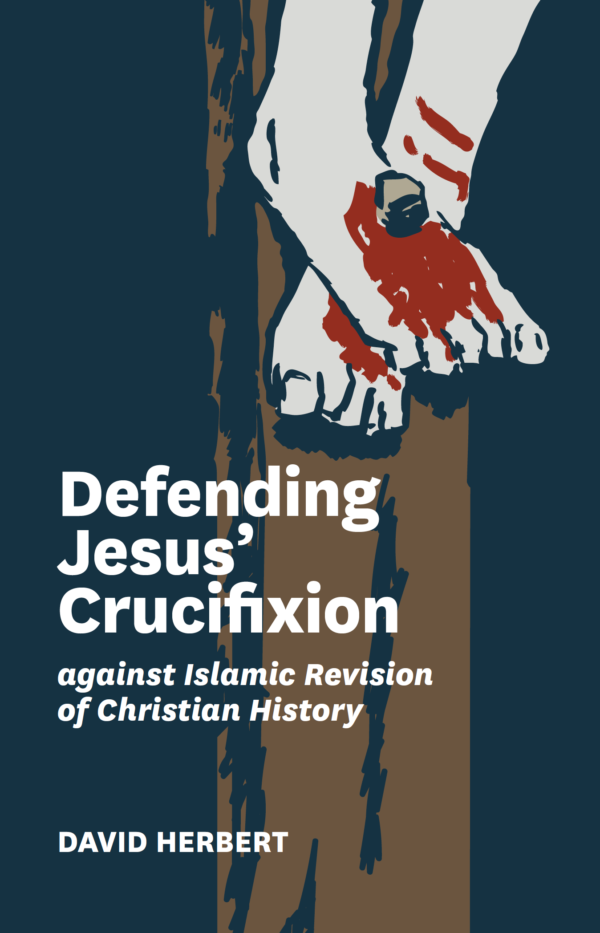 The truth of Jesus’ crucifixion, one of the most verifiable events in history, has been challenged by Muslims since the creation of Islam and the writing of the Qur’an. Muslims believe there was a crucifixion, but the majority deny that it was Jesus who was the one crucified.

Two prominent Muslim polemicists, ‘Abd al-Jabbār from the tenth century and Muhammad ‘Ata ur-Rahim from the twentieth century, have attempted to present a historical interpretation from a.d. 33 to 381 to support their denial of Jesus’ death on the cross. Since the death of Jesus on the cross is central—and essential—to the Bible’s gospel message, it is appropriate to consider the evidence for the crucifixion and how this erroneous view came to be commonly accepted by Muslims.

David Herbert tackles this belief by looking at the historical support for the veracity of the Gospel accounts of Jesus’ crucifixion, external documentary and archeological evidence and plain historical challenge to the views put forward by al-Jabbār, ur-Rahim and others. In the course of the book, Herbert also debunks the view that the Gospel of Barnabas (frequently used by Muslims to defend their position), was a first-century document. He examines each of three views of what Muslims believe happened to Jesus at the crucifixion and powerfully defends this historical event, central to the Christian faith.

“Reminiscent of the rationalist apologetical approach to Muslims pioneered by Carl Gottlieb Pfander, Herbert focuses with laser-like intensity on the Qur’an’s claim that Jesus Christ was not crucified. He begins with an overview of the historical record and theological necessity of Christ’s crucifixion, then juxtaposes six centuries of universally agreed testimony against the Qur’an’s 7thcentury assertion to the opposite. Gently but systematically Herbert proceeds to deconstruct the revisionist historical accounts of such well-known Muslim writers as ‘Abd al-Jabbar and Muhammed ‘Atta ur-Rahim, before turning his attention to the spurious Gospel of Barnabas. An appropriate gift for your seeking, questioning Muslim friend.”

In this book, David Herbert addresses these important points in canvassing all the evidence regarding the crucifixion and death of Jesus. Through an analysis of the New Testament, the Early Church Fathers, the Creeds of the Church, and the extra-biblical sources from Jewish, and Greco-Roman sources, Herbert presents a formidable case for the historicity of the crucifixion and death of Jesus. I would recommend Dr. Herbert’s book to anyone who has an elementary knowledge of Islam. After reading this book, the reader will quickly learn how foreign and different the Jesus of Islam is from the historic Jesus of the Bible.”
—Dr. Tony Costa, Professor of Islam and Apologetics, Toronto Baptist Seminary

“For Christians, when defending the Gospel of Jesus Christ, we have a tendency to zero in on the resurrection, believing that it is the most important doctrine to support and defend, because if He didn’t resurrect, then we are all damned. Yet, when working with Muslims, the resurrection is not a concern for them at all, as they believe, due to one verse in the Qur’an, Surah 4:157, that Jesus never died on the cross. Therefore, if he never died, than it stands to reason that there
was no resurrection, and the fact that about 500 saw him following the crucifixion would be no surprise. For this reason Christians need to focus instead on Jesus’ crucifixion when engaging Muslims, and not His resurrection, which is precisely what David Herbert does in this book.

Herbert’s entire emphasis is rather unique. Rather than just argue for the crucifixion theologically, as most of us would tend to do, he looks at this event historically, pointing to a myriad of early historical figures, both pagan and Christian who support Jesus’ crucifixion in the
centuries following it, and compares them with the much later Muslim source material, presenting a solid contrasting view between them.

He then moves to two major and influential Muslim documents, a 14th
century forgery entitled ‘The Gospel of Barnabas,’ and a very recent popular book entitled ‘Jesus, a Prophet of Islam.’ Both of these documents confront, among other things, Christ’s crucifixion. Herbert, by using historical documentation as support proves just how a-historical and, therefore, ill-conceived both of these popular Muslim writings are.

And it is here that Herbert’s book, in my opinion, proves its true mettle. The crucifixion of Jesus is so well attested historically, that this small verse in Chapter 4 of the Qur’an which categorically denies it, creates an enormous dilemma for Muslim apologists, whose only recourse then is to fall back on such erroneous and historically inept forgeries like ‘The Gospel of Barnabas’ out of sheer desperation! Thanks to Herbert, we have an easy-to-read, yet well argued response to both these popular Muslim works.

Because the crucifixion has to be at the center of our engagement with Muslims, I would encourage anyone interested in engaging with them to read this book, and employ Herbert’s well thought out arguments presented within its pages. This is one book which should be in the library of anyone who seeks to defend our Lord Jesus Christ among our Muslim friends.”
—Dr. Jay Smith, apologist and polemicist