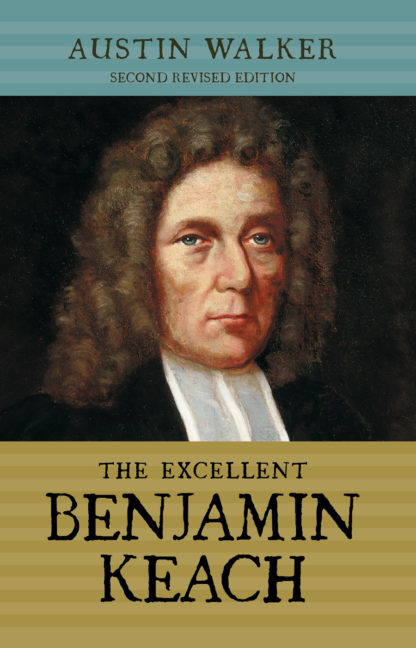 Ministering during turbulent times for Nonconformists, Benjamin Keach endured both persecution for his faith and rich blessing on his ministry. Arriving in London in 1668, Keach soon became pastor of a church in Southwark, on the south bank of the Thames, later known as the Metropolitan Tabernacle (where Charles Spurgeon was eventually to pastor). His extensive writings-including sermons, poetry, hymns, apologetics and treatises against theological errors-alongside his preaching ministry, made Keach one of the key Particular Baptist leaders of his day. His friends included Hercules Collins, William Kiffin, Hanserd Knollys, Henry Forty and Joseph Stennett. The Excellent Benjamin Keach is a major study of his life and thought and provides insight into the ecclesiastical and political turmoil of seventeenth-century England. Keach’s solid character, integrity and Christian graces enabled him to defend scriptural truths while avoiding personal attacks. He is particularly known for his vigorous defence of the singing of hymns in church, the laying on of hands and the doctrine of justification by faith alone. His preaching was marked by fervency and zeal, for he said, “cold and lifeless preaching, makes cold hearing.” Keach encouraged his hearers to flee to Christ for salvation, assuring them there was sufficient mercy at the cross for the worst of sinners. For believers, Keach encouraged them to love the truth, to get it deep into their affections, so that they could “show themselves bold and courageous in the cause and interest of God, and their souls.” This is a book to invigorate your love for God and his Word. It will challenge you to stand boldly with holy men and women of the past, as you seek to live faithfully for Christ in the present day.