Samuel Pearce and Discerning God’s Will 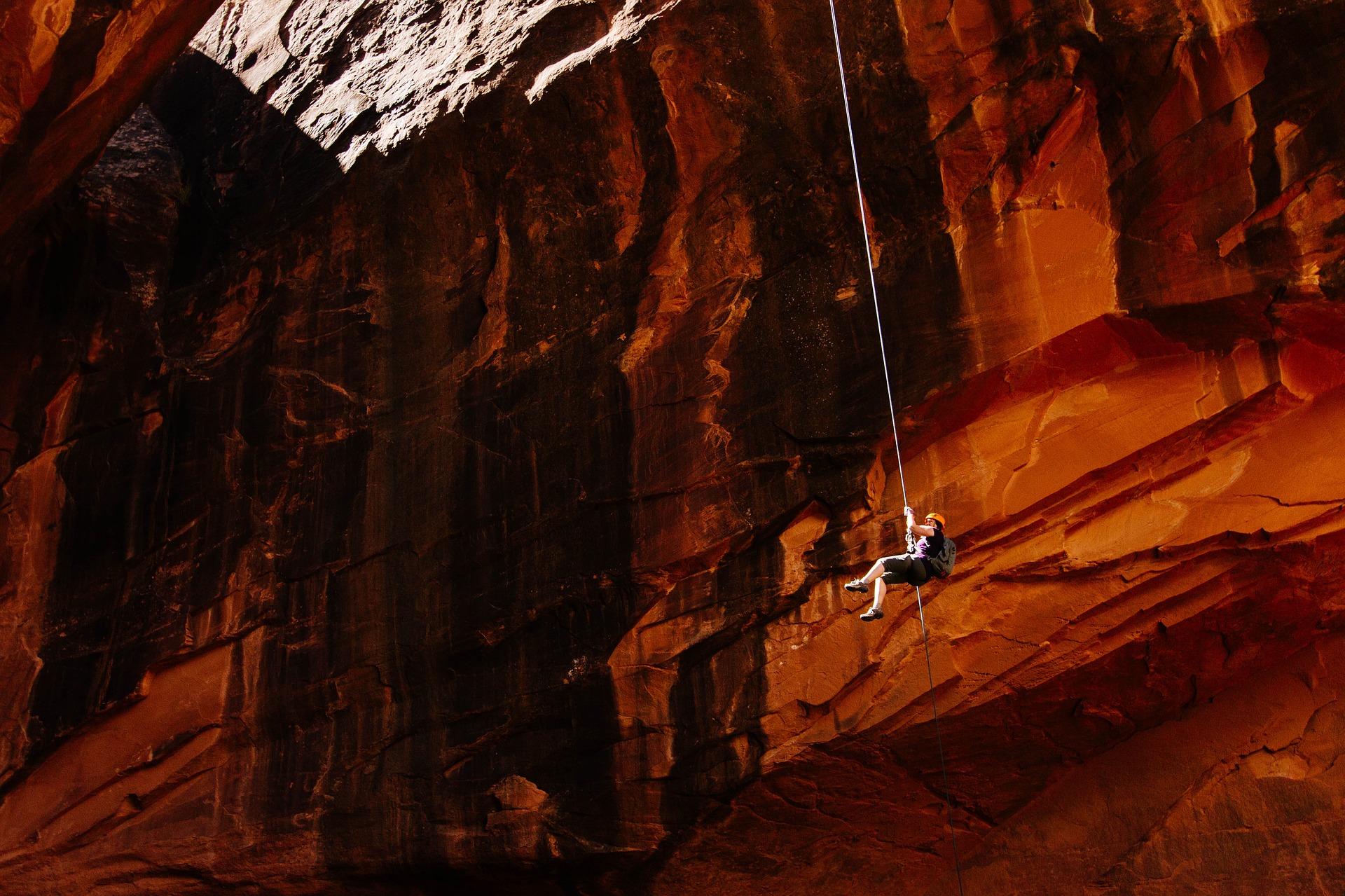 Have you ever wanted something so badly that you spent months, even years, praying and preparing for it? Have you ever been so convinced of a certain calling that you couldn’t imagine anything else for your life? And then, have you ever had a trusted friend suggest that perhaps your one thing—may not be the best thing?

What would you do? Don’t answer that question abstractly. What would your  response be? Would you attempt to discredit the group in order to continue down your chosen path? Would you respond with a list of reasons why they were wrong and you were right? Would you flat out ignore them, convinced that your plans were, irrefutably, the “will of God”?

If we’re honest, most of us wouldn’t respond well. We’ve become accustomed to assuming the best of our notions and tend to grow uncomfortable in relationships that might threaten them. Many tolerate community, if they have it at all, only as long as it doesn’t encroach on their autonomy.

In this post I’d like to discuss one man who, in the midst of a life-altering decision, didn’t trust himself. His name was Samuel Pearce.

Qualified but Not Called

Samuel Pearce (1766–1799) was an eighteenth-century Baptist and part of a “band of brothers” who were instrumental in the formation of the Baptist Missionary Society. He was a devoted husband, a faithful friend, and a gifted preacher, known as the “seraphic Pearce” by all who heard him.[1] For almost a decade, however, his heart had been set on joining his friend William Carey (1761–1834) in India as a missionary. He’d even set aside extended time to learn the language, and to pray that God would guide him towards the right path. For Pearce, such a work required that “he should be qualified for it, disposed heartily to enter upon it, and free from such ties as to exclude an engagement.”[2] Though the first two he felt he possessed in some degree, “the third thing requires more consideration.”[3] This being the case, he opted to submit his plans to a formal council of Christian acquaintances.

Well the day came, the council convened, and Pearce laid out his argument with compelling yet humble force. The council met for nearly three hours before handing him the following note:

The brethren at this meeting are fully satisfied of the fitness of brother P[earce]’s qualifications, and greatly approve of the disinterestedness of his motives and the ardour of his mind. But another Missionary not having been requested, and not being in our view immediately necessary, and brother P[earce] occupying already a post very important to the prosperity of the Mission itself, we are unanimously of opinion that at present, he should continue in the situation which he now occupies.[4]

Pearce’s response, in a letter to his wife, is worth repeating in full:

I am disappointed, but not dismayed. I ever wish to make my Saviour’s will my own. I am more satisfied than ever I expected I should be with a negative upon my earnest desires, because the business has been so conducted that, I think, (if by any means such an issue could be ensured) the mind of Christ has been obtained. My dear brethren here have treated the affair with as much seriousness and affection as I could possibly desire, and, I think, more than so insignificant a worm could expect. After we had spent the former part of this day in fasting and prayer, with conversation on the subject, till near two o’clock, brother Potts, King, and I retired. We prayed while the committee consulted. The case seemed difficult, and I suppose they were near two hours in deciding it. At last, time forced them to a point; and their answer I enclose for your satisfaction. Pray take care of it; it will serve for me to refer to when my mind may labour beneath a burden of guilt another day. [5]

“I think the mind of Christ has been obtained.” This is a remarkable statement. What is the mind of Christ? And how does one go about “obtaining” it? On the one hand, we already have His mind recorded for us in the Scriptures, a source both “faithful and true” (Revelation 22:6). On the other hand, we seek to know the mind of Christ through earnest prayer, as the apostles did as they considered who would take Judas’ place among their number. Pearce would apply both of these in his own circumstances:

Having sought the Lord that he would not suffer me to deceive myself in so important a matter as that which I had now retired to consider, and exercised some confidence that he would be the rewarder of those who diligently seek him. I read Psalm 119 at the conclusion of my prayer, and felt and wondered at the congruity of so many verses to the breathings of my own heart.[6]

Here was a man saturated both in the word and in the presence of the Lord. And yet even still he did not fully trust himself and made wide allowances for the possibility of self-deceit. For Pearce, it was not important that his own expectations be realized but rather that God’s expectations be realized. This is important because many of us view the will of God and our own will as practically inseparable—unable to envision a reality in which God’s will could possibly run antithetical to our own.

This, I believe, is where many go wrong. Most of us are familiar with searching the Scripture and praying as we discern the will of God. But even these processes are not infallible. Yes the Scriptures themselves are infallible; yes the Holy Spirit is infallible. But our internal process is not infallible. We can bend contexts. We can easily fall prey to impressions that aren’t from God. This is why, as counterintuitive as it may seem, we need to make room for the wisdom and guidance of those who can see things that we may have missed in our enthusiasm.

One would think that those who have even the remotest acquaintance with the deceit of their own hearts, motives, and inclinations, would be doubly cautious in this regard. But sadly, this is not often the case. I once knew a couple who, upon reading that Abraham “went out without knowing which way he was going,” decided that God had called them to the mission field. They left, only to return a year later, their “mission” having ended in disaster.

So why do we, unlike Pearce, avoid submitting our decisions to these conversations?

Part of this response is from fear. Fear grips the heart at the prospect of every bitter relinquishment. This I believe is at least part of our culture’s determination to evade authority. We assume that such authorities cannot possibly know us as well as we know ourselves. At our most cynical, we might even assume they exist only to foil our every plan. But our avoidance of proper authority does not mean we will be without it; rather, as we reject the various authorities in our lives, our filter often suspiciously ends up permitting those “authorities” which offer uncritical approval.  While this kind of selective authority may seem efficient and enticing, it is more likely to result in something akin to Ahab and his worthless “yes-men” in 1 Kings 22.

The other part of our reluctance is pride. No one likes to be told that they are wrong. I once asked someone what their first response to criticism was. They answered, without missing a beat, “consider the source.” Now, considering the source is certainly one part of responding well to criticism, but it isn’t the only part. It isn’t even the most important part. Rather, the first thing to do in the wake of criticism is to consider whether there is any truth to it.

People who avoid the cautious concerns of friends are in a concerning place. People who avoid the accountability of any outside authority are in a dangerous one. Many of us are adept at this, and, almost without any intentional calculation, can sever ties with those people whom we perceive to be “dangerous” (i.e., who don’t agree with us). Or we begin to pick out faults in them in order to safely discredit and dismiss their counsel. Or we reach out to hordes of faceless Twitter or Instagram followers who are only too happy to celebrate who we are (assuming you do the same for them of course).But to avoid such accountability is to remove a fundamental part out of how we discern the mind of Christ.

Though Pearce was not to advance to the front lines of India’s frontier mission field, it didn’t mean his purpose in life had ceased, only that it would be realized elsewhere. Imagine if Pearce had ignored the council and his friends and left for India anyway. Not only would he likely have damaged his friendships, but he would have missed out on the calling God had for him back in London.

Two hundred years later, most Christians would likely be able to tell you at least something about the great William Carey. Hardly anyone, however, will have heard the name Samuel Pearce. And yet Carey’s mission in India would likely not have survived without the grassroots labors of his friend back home. His mission was not to perpetuate his own legacy, but to invest where he could in the enduring, inevitable, legacy of the kingdom of God. Are we too willing to be forgotten for the sake of the gospel? Are we too willing to linger in the shadows for the betterment of Christ’s body at large? Are we too willing to lay down our desires, take up our cross, and follow him?