The Glory of the Cross 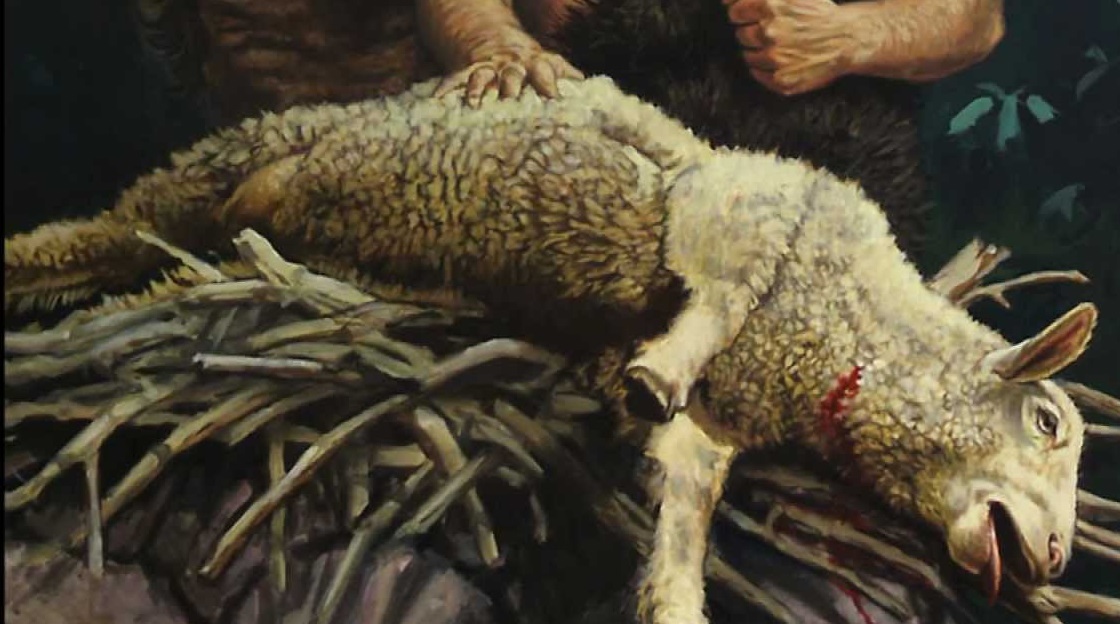 Trying to capture all that our Lord Jesus achieved in his glorious work is difficult. John Calvin sought to grasp its comprehensive nature by the munus triplex—Christ’s threefold office as our new covenant head and mediator—prophet, priest, and king. What Calvin sought to avoid was reductionism, the “cardinal sin” of theology. Yet, although there is a danger in prioritizing one aspect of our Lord’s work above others, Scripture does seem to stress the centrality of Christ’s priestly office and his sacrificial death for our sins (Matt. 1:21; 1 Cor. 15:3–4).

We must never forget that it was never enough for Christ to be merely with us in his incarnation. To redeem us, and to undo the damage of the first man, Christ must also act for us in his life, death, and resurrection. Apart from his work, we have no redemption, no justification before God, and ultimately no hope in the world. In this sense, the incarnation is a prelude to the atonement. If the incarnation was enough, then our salvation would only require Bethlehem and not Gethsemane or Calvary. But Bethlehem was never enough. And given the centrality of Christ’s cross, it is vital that we think about it correctly.

As we turn to the Scriptural presentation of the cross, we must immediately acknowledge that it is a rich, multifaceted, and glorious work. Scripture presents the cross in at least eight complementary ways: obedience, sacrifice, propitiation, redemption, reconciliation, justice/justification, victory/conquest, and moral example. To explain the cross biblically, we must account for all biblical data in the way the Bible itself presents it. As we do so, we discover that although the cross is presented like a beautiful gem that can be looked at from many angles, if we are to explain the cross theologically, capturing all that Scripture says about it, we must state what the cross is about centrally. What, then, is central to the Bible’s explanation of the cross? It is this: that Christ Jesus, God the Son incarnate, has come as our mediator and new covenant head to offer himself before God on behalf of sin to bring about our eternal redemption.

Given the confusion surrounding this theological view today, let us be precise about what exactly is meant by penal substitution. We can think about this view by breaking down its two words: penal and substitution.

Penal refers to the sorry state of the human race as it stands under God’s judgment and the penalty of death. This one word captures a central feature of the Bible’s storyline: as the covenant head and representative of the human race, Adam disobeyed God, and his sin then became ours by nature, imputation, and choice. Because all humanity is “in Adam” and therefore under the power and penalty of sin—namely spiritual and physical death (Rom. 3:23; 6:23; see Eph. 2:1–4)—we are now alienated from the triune God, who created us to know and love him. We are also under his verdict of condemnation; and because he is personal, holy, and righteous, we now stand under his divine judgment.

Substitution refers to the work of Christ Jesus as he died in our place on the cross. This term also picks up the Bible’s storyline when it speaks of God choosing to redeem his people instead of leaving them in their sin and under divine judgment. As our new covenant head, Christ represented us as the greater Adam, who willingly and gladly obeyed the Father perfectly by the power of the Spirit. On the cross, Christ stood in our place and paid our debt by receiving the penalty we deserved. The result of his work for us is that by faith-union in Christ, God the Father declares us just, forgiven of every sin in full, and free from the power of sin and tyranny of Satan, who once held the verdict of death and condemnation over our heads (2 Cor. 5:21; see 1 Pet. 3:18; Gal. 3:13; Heb. 9:28; Rom. 8:32).

A Work Under Attack

It would be an understatement to say that penal substitution has come under attack today. From voices outside of evangelical theology to those within, the historic Reformation view of the cross is claimed to be a “modern” invention from the cultural West, to be too “legal” in orientation, to sanction violence, to privilege divine retributive justice over God’s love, to be a form of divine child abuse, to reduce Scripture’s polychrome presentation of the cross to a lifeless monochrome, and so on. None of these charges are new, and have been argued since the end of the sixteenth century with the rise of the Socinians and liberal theology. And all of them are simply false. Such charges more likely reflect the corrosive effects of false ideas on theology and a failure to account for how the Bible, on its own terms, interprets the cross.

What is most serious about these attacks on penal substitution is that they come close to misunderstanding the heart of the gospel, and even denying what is central in God’s glorious plan of redemption. The truth of the matter is that in Scripture and theology, penal substitution is another way of proclaiming God’s sovereign grace. It is shorthand for speaking of the triune God in all of his holiness, righteousness, and justice. It communicates the truth that humans are in a helpless state before God and that it is only Jesus who can rescue, justify, and redeem us.

Penal substitution places God at the centre of our salvation. It reminds us that the triune God of grace planned our great redemption from eternity and achieved it on the stage of human history. From beginning to end, God alone acted in power and grace to provide, achieve, and accomplish our salvation by the Father’s initiative, in and through the Son, and by the Spirit.

A Work Worth Defending

Let us never forget that the eternal, divine Son of God came to this earth not merely to share his life with us, but to accomplish something for us. Penal substitution is not a view to be replaced by something “better” or dismissed as a relic of the past. There is no greater news than this: Christ Jesus, as the divine Son incarnate, perfectly meets our need before God. In Christ, the triune love of God is gloriously revealed because it is in him that we receive the gift of righteousness by faith.

In union with his people, Christ, as our new covenant head, obeys in our place, dies our death, and satisfies divine justice which is evidenced in his glorious resurrection. As a result, his righteousness is ours, now and forever (Rom. 8:1; 2 Cor. 5:21; Gal. 3:13). By faith-union in Christ, we stand complete: justified before God and clothed in his righteousness (Rom. 4:1–8; 5:1–2). Following the Bible’s teaching on this matter, may we learn anew to say with Paul: “For I resolved to know nothing… except Jesus Christ and him crucified” (1 Cor. 2:2)… “Thanks be to God for his indescribable gift!” (2 Cor. 9:15).