Thinking with Scripture about the Cross: Propitiation 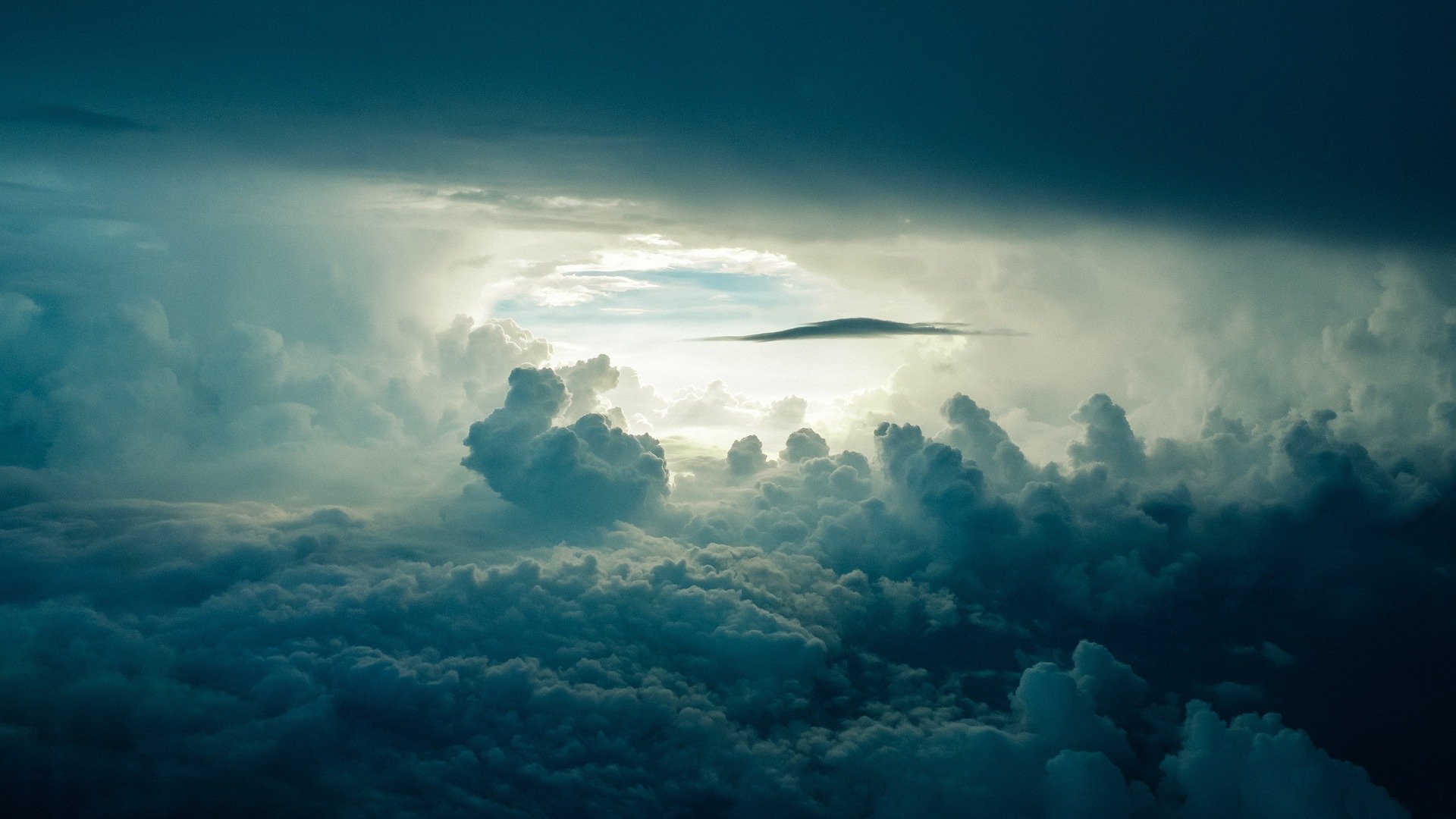 Part 1: The Glory of the Cross

In these series of posts on the Bible’s description of the cross, we are reflecting on how our Lord Jesus Christ’s death is presented in all of its richness, diversity, and redeeming splendor. Similar to a precious gemstone, Scripture allows us to gaze on the cross from a number of different angles, but it’s important to remember that each angle is necessary to capture the comprehensive nature of the Bible’s teaching about the achievement of Christ’s cross. However, as we think through the eight ways that Scripture presents the cross, it is imperative that we do so by placing them within the Bible’s storyline, framework, and covenantal unfolding. When we do so, we discover that Scripture’s diverse description of the cross is not isolated or random, but intertwined, complementary, and unified in its presentation of Christ and his glorious work for us.

So far we have reflected on the words or concepts of “obedience” and “sacrifice.” Although these words are different, they intersect and complement each other. In Romans 5, Paul sets Christ’s obedience that leads to our justification (5:18) over against Adam’s disobedience that leads to humanity’s condemnation before God (5:12–14, 18–21). By his disobedience, Adam, as the covenant head and legal representative of humanity, puts us under the penalty of spiritual and physical death (Gen. 2:15–17; Rom. 3:23; 6:23). But thankfully, our Lord Jesus, the last Adam, our new covenant head and great High Priest, by his obedience in life and death, has paid the penalty of our sin and secured our right standing before God (Heb. 5:1–10). However, notice that “obedience” and “sacrifice” are now linked in Christ’s priestly work for us. These two concepts are different images but they converge in explaining Christ’s death for us. Furthermore, when we think of Christ’s priestly “sacrifice,” one cannot understand the meaning of this concept without setting Christ’s death in the context of the Mosaic covenant and the OT sacrificial system. On the cross, then, Jesus not only represents us in his obedience as our great High Priest, but he also offers himself for us as our penal substitute, thus securing our justification before God.

As we turn to the next word, “propitiation,” it is vital not only to see that this word is different than the previous ones but that it is also intertwined with the concept of “sacrifice,” which in turn is organically related to the concept of “obedience”—all set within the Bible’s covenantal story. In the NT, Jesus’ death is described as a propitiatory sacrifice in four places (Rom. 3:24–26; Heb. 2:17; 1 John 2:2; 4:10). The basic meaning of the word “propitiation” is to turn aside a person’s wrath or anger (and in relation to the cross, God’s wrath) by taking away our sin.

What added dimension does “propitiation” give for our understanding of the cross? The answer to this question is crucial: by the use of the word “propitiation,” God is presented not only as the subject who initiates our redemption in the gift of his Son, but also the object of the cross, namely the one for whom the cross is offered.

This is the point that Paul makes in Romans 3:21–26. Given who our triune God is as the holy and just one, our sin before God is no small thing. In our sin, God in his holy wrath stands against us. But in sovereign grace, God has also chosen to redeem us. Because God is who he is, he cannot overlook our sin; God cannot deny himself since, thankfully, he is the holy, moral standard of the universe. Yet, for God to declare us just before him, he, as the just one, must satisfy his own righteous requirements against us by taking our place and bearing our sin. Thus, in our Lord Jesus Christ, the divine Son made flesh, God himself in his Son absorbs his own wrath against us, thus fully paying for our sin and leaving no debt unpaid. In Christ, the triune God acts to redeem us by initiating our salvation in love, and by taking his own righteous requirements upon himself so that in faith-union with Christ, there is now no condemnation! (Rom. 8:1). In this way, “propitiation” is a crucial word that gives further biblical warrant to viewing the cross in penal substitutionary terms.

It is not surprising, then, that “propitiation” is not a favorite word for those who downplay, dismiss, or deny penal substitution. Today, talk about God’s wrath and God as the object of the cross is widely rejected, but such objections cannot be sustained. Many people reject the idea of God’s personal wrath against sin and sinners. Instead, they argue that God’s wrath has nothing to do with an “emotion-laden God” who is against sinners, nor does it convey any notion of retributive punishment.[1] Many insist that God does not have to satisfy his own holy, righteous nature to forgive us of our sins. Instead God’s wrath is more of a description of an inevitable process of cause and effect in a moral universe—a kind of impersonal moral law at work—thus giving the impression that God can simply forgive without the satisfaction of his holy, perfect.[2]

Certainly when we talk about God’s wrath, we must do so carefully. As with all talk about God, we do so analogically and not univocally. But sadly, much of the current rejection of God’s wrath caricatures historic Christianity; after all, who would actually affirm an angry, emotion-laden God who strikes out against us? And yet noresponsible treatment of God’s wrath or penal substitution in Scripture would affirm such a thing. And to “de-personalize” God’s wrath, as many do, and to argue that “letting the human family go its own way” constitutes God’s wrath, is simply false.[3]

There is no doubt that part of God’s judgment against sin is to “let us go our own way,” but there is more to divine judgment than this. God, as the personal-holy God, stands personally against sin and evil (e.g., Rom. 1:18–32; 2:5; John 3:36). Furthermore, in Scripture, God’s wrath has a strong affective element to it. In fact, God’s wrath is not some peripheral part of the Bible’s storyline. As D. A. Carson reminds us, “Theologically, God’s wrath is not inseparable from what it means to be God. Rather, his wrath is a function of his holiness as he confronts sin. But insofar as holiness is an attribute of God, and sin is the endemic condition of this world, this side of the Fall divine wrath cannot be ignored or evaded. It is not going too far to say that the Bible would not have a plot-line at all if there were no wrath.”[4]

Now what is important to note, especially as applied to the cross, is that it is this emphasis on God’s wrath that is stressed by the word “propitiation.” Some have tried to avoid this fact by translating the word as “expiation” (the idea of covering our sin), thus removing from the word the idea that in Christ’s death God’s wrath is borne. But as Leon Morris and many others have convincingly demonstrated, this is not correct.[5] What propitiation conveys is that God is both the subject and object of the cross. Since our sin is against God, if God chooses to redeem us, he must act in grace to satisfy his own holy, righteous requirements against us. John Stott nicely captures the NT presentation of the cross as a propitiatory sacrifice when he states:

Hopefully, by thinking briefly about the word “propitiation,” we can begin to see how important it is for our understanding of the cross. Yet, let’s never forget that it is not a divergent image of the cross; instead it’s organically related to the other words of “obedience” and “sacrifice.” When all of these words and concepts are combined, it’s impossible not to see why the Reformers and their heirs rightly theologized about the cross in terms of penal substitution. Why? Because it’s penal substitution that does justice to the Godward aspect of the cross, and further makes sense of why Christ’s death is an act of “obedience” and “sacrifice” for our sins that turns away God’s wrath (“propitiation”) and brings us back into proper relationship with our glorious triune Creator and Lord.

[3]Green and Baker, Recovering the Scandal of the Cross, 79.