Thinking with Scripture about the Cross: Christus Victor 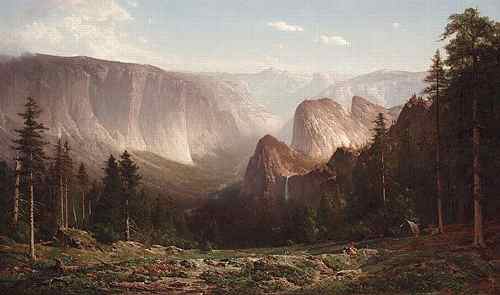 In current discussion of the cross, some within evangelical theology are returning to a view of the cross that was emphasized in the early church known as Christus Victor. The argument is that in Scripture the theme of Christ’s victory over the powers is more dominant than the “legal” categories of penal substitution. In fact, the Reformation’s emphasis on penal substitution is really more indebted to “Western” influences and even debates with Roman Catholic theology, which sadly led the Reformers to downplay and obscure the prevalence of the theme of Christus Victor as the major way to interpret and explain the meaning of Christ’s cross.

What are we to think of this argument? First, as noted in previous posts, much of the arguments against penal substitution are incorrect. Such criticisms reflect more the corrosive effects of false ideas on theology and a failure to account for how the Bible, on its own terms, interprets the cross. One must be careful in buying into such an argument, and as other posts have sought to demonstrate, penal substitution is the only view that accounts for all the biblical data, especially when placed in the Bible’s covenantal categories, framework, and storyline.

Second, on the historical front, it is no doubt the case that Christus Victor has a long pedigree in church history. In the early church or Patristic era, Christus Victor was a dominant view and it was often associated with the “ransom theory to Satan.” In the Patristic era, many viewed the primary object of Christ’s death to be the powers, namely, sin, death, and specifically Satan. By the cross, our Lord released us from our captivity to Satan by paying our ransom price, thus tapping into the “redemption” and “ransom” language of Scripture. Over time, Christus Victor became more speculative and focused more on Christ freeing us from the bondage to Satan than satisfying God’s righteous demand against us.

However, when one looks at Scripture, it is not difficult to establish the truth that Christus Victor is a dominant theme and major motif in understanding the achievement of Christ’s cross. For example, repeatedly the NT teaches that Christ’s death secured our redemption (which conveys the idea of a ransom price) and defeated the power of Satan (Mark 10:45; Luke 4:18; Col. 2:13–15; Heb. 2:14–16). Furthermore, it is not only the NT that teaches Christus Victor. From the first “gospel promise” (protevangelium) given in Genesis 3:15, the OT anticipated the coming of a Deliverer and Conqueror who would “crush Satan’s head” and reverse the effects of Adam’s sin and the reality of death. As the Gospels teach, Christ did come to defeat the powers in his life and ministry, and he did crush Satan’s head on the cross (Rom. 16:20; Rev. 12:1–12). So it is not surprising that Christus Victor has been a dominant interpretation of the cross from the Patristic era to our own day, especially given how much the Bible’s story speaks of Christ’s Lordship and victory over all our enemies.

But, as I already noted, one crucial problem emerged. Over time Christus Victor became too speculative and as such, it moved in some wrong directions. Specifically, it was tied to a specific view of the “ransom theory to Satan” by which Christ paid Satan the ransom price to free us from our bondage to Satan. But, as Patristic theologians noted, such as Cyril of Alexandria and John of Damascus, this embellishment of the view gave Satan too much authority and power. After all, Satan is only a creature, and nowhere does Scripture teach that humans owe anything to Satan. Instead, as creatures our allegiance is first and foremost to our Creator, and it is to him that we owe everything. In the medieval era, Anselm made a similar critique of the view, and in its place argued that the true object of the cross is the satisfaction of God’s own righteous demand against our sin. On this point, Anselm was correct; a point that the Reformers taught.

However, even with these caveats in place, Christus Victor is a major theme in Scripture and it captures well a crucial way that the Bible speaks of the achievement of Christ’s cross. Its strength is its biblical focus and it rightly emphasizes the objective, sacrificial, and substitutionary nature of Christ’s death.

Third, on the biblical and theological front, as important as it is to emphasize Christ’s victory over our enemies by his cross, it is also crucial that we do not put the proverbial “cart before the horse.” In other words, although Christus Victor is a major way the Bible understands the meaning of Christ’s cross, we must make sure that we properly account for how Scripture presents the truth and then ties it to our central problem, namely our sin before God. It is possible to emphasize a biblical truth, but not in exactly the way Scripture does. In thinking about the cross, we must not only account for all the biblical data but also in the way that Scripture presents the data. Let us develop this point further. Our goal is not to diminish the truth of Christus Victor; instead, it is to place it in its correct biblical emphasis.

Christ’s Cross as the Place of Victory

As already noted, Scripture teaches from Genesis to Revelation, from promise (Gen. 3:15) to fulfillment (John 12:31–33; Rom. 16:20), that Christ is Victor and that the place of victory is his triumphant cross and glorious resurrection. In this way, Christus Victor is a dominant theme and wonderful biblical truth which teaches us much about Christ’s all-sufficient work for us. In his life, death, and resurrection, our Lord Jesus Christ has defeated sin, death, the principalities and powers, including Satan himself. In Christ, God is not only our Creator and Lord, but also our Redeemer, Deliverer and Champion.

John Murray, who is well known for his advocacy of penal substitution, also acknowledges the importance of Christus Victor. For example, in Murray’s Collected Works, 2:68, he writes: “It is most significant that the work of Christ, which is so central in our Christian faith, is essentially a work of destruction that terminates upon the power and work of Satan. This is not a peripheral or incidental feature of redemption. It is an integral aspect of its accomplishment.” On this point, Murray is correct because he is following Scripture.

In fact, as we move from the OT that predicts the coming of Christ who will defeat sin, death, and Satan, the NT announces that Christ, in his life and ministry, does precisely this. As our Lord announces that God’s kingdom has come in him, he demonstrates his authority by putting Satan and his hosts to flight. Yet, the crucial place where Satan will be defeated is not simply in Christ’s life and teaching but in his cross (John 12:31-33). At a major turning point in John’s Gospel, our Lord teaches his disciples that as “he is lifted up” (a clear reference to his death), he will not only draw all men to himself, but he will also drive Satan out. In addition, Paul reminds us that by the cross, our Lord has “disarmed the powers and authorities” and by doing so, “he has made a public spectacle of them, triumphing over them by the cross” (Col. 2:15). Or, as the author of Hebrews wonderfully teaches: by Christ’s death “he has destroyed death” and he “who holds the power of death—that is the devil” (Heb. 2:14).

All of this is to say that Christus Victor is a wonderful truth that apart from it, we cannot fully grasp all that our Lord has achieved for us in his death and resurrection. In fact, Christus Victor beautifully unites Christ’s work as the priest-king, and integrates all of the redemptive events in Christ’s work, namely, his life, death, resurrection, ascension, and the pouring out of the Spirit at Pentecost (Luke 24; Acts 1–2).

However, what is often missed in thinking about Christus Victor is the Bible’s interrelationship between sin, death, and Satan’s power over us. If we isolate Christus Victor, we may forget why sin, death, and Satan have power over us in the first place. If we begin where the Bible begins, we quickly discover that our greatest problem is our sin before God. That is the problem of all problems that must first be remedied. In fact, as Genesis 2:17 makes clear: sin leads to death, and death is the penalty for sin (see Rom. 6:23). Apart from our rebellion against God, death would have no power over us. The same is true of Satan’s power. Satan only has power over us because of our sin, and he can only hold the power of death against us due to sin (Heb. 2:14–15). Satan is only a creature like us; he does not have absolute dominion. The only authority he has is a usurped one, and Christ has come to defeat the work of the evil one by dealing with the root problem of sin.

For this reason, Scripture teaches that the defeat of the powers is first achieved in the defeat of sin by Christ acting as our penal substitute. In an important Christus Victor text, Paul makes this precise point (Col. 2:13–15). In the cross, God has first forgiven us of our sins by nailing them to the cross (vv. 13–14), and it is only after that has taken place that Satan is now defeated. Or, think of the argument of the author in Hebrews 2. The entire point of the incarnation is for Christ to become our great High Priest to deal with our sin before God (Heb. 2:17–18; 5:1). It is only by dealing with the problem of sin that Satan’s hold over us is broken. How can Satan hold the power of death over our heads, if sin has been paid for and death no longer reigns in us? (Rom. 6:1–14; 1 Cor. 15:55–58). By first paying for our sin, then death and the powers are gone.

This is what I mean when I say that we must not get the “cart before the horse.” In Scripture, our greatest problem is not flesh and blood, nor the powers, but our sovereign Creator and holy Judge who stands against us due to our sin. But, thankfully, our triune God has acted in sovereign grace to meet his own demand in our Lord and Savior, Jesus Christ.

The biblical truth of Christus Victor must be embraced with joy. It is a glorious and wonderful truth. We simply cannot understand the meaning and significance of Christ’s cross without it.

However, if we are “Thinking with Scripture about the Cross,” we must also learn how Scripture puts together its presentation and explanation of all that Jesus achieved for us in his death. When we do so, we discover that Christus Victor is majestically true, as it is set in the context of what our Lord Jesus did for us as our new covenant head by obeying for us in life, dying as our penal substitute in death, and in his triumphant resurrection declaring his Lordship over all things. What our Lord did first was to reconcile us to God by the payment of our sin. It is only then that our enemies are destroyed. Praise be to God for the triumphant work of our Savior and King! Christus Victor indeed!