Thinking with Scripture about the Cross: Redemption 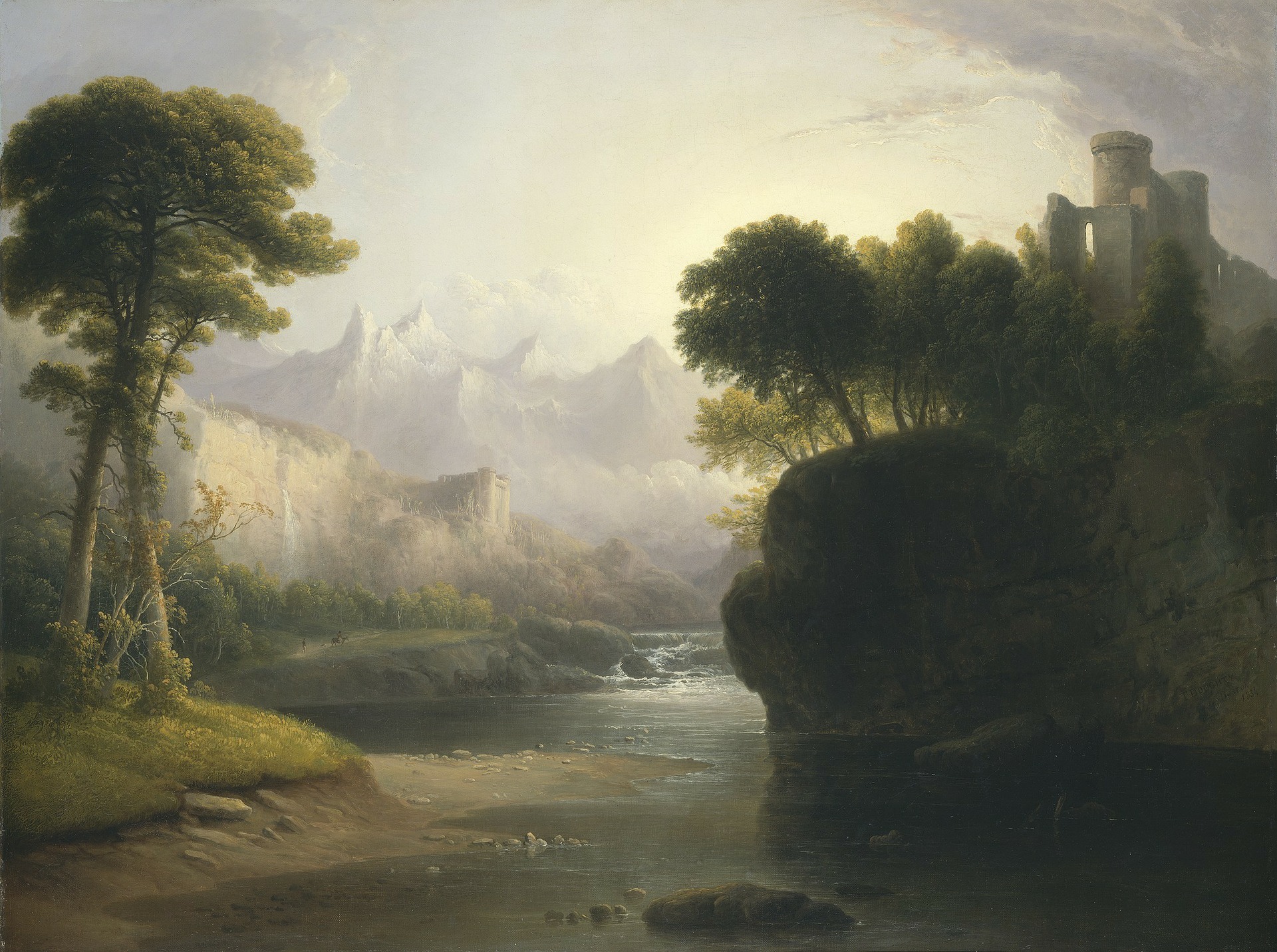 In this post, we continue to reflect on the Bible’s rich, multifaceted, and interconnected presentation of Christ’s cross which alone secures our salvation and justification before God (Rom. 8:1). As we have noted in previous posts, Scripture interprets and explains the meaning and significance of our Lord’s death in at least eight complementary ways: obedience, sacrifice, propitiation, redemption, reconciliation, justice/justification, victory/conquest, and moral example. So far, we have looked at the first three words or concepts.

As we have discovered, although each way of presenting the cross captures a different perspective and aspect of Christ’s death for us, each word also intersects and complements the other ones. For example, in Romans 5, Paul interprets Christ’s cross-work as an act of “obedience” (in his entire life and death) that secures our justification (5:18), in contrast to Adam’s disobedience that resulted in our condemnation before God (5:12–14, 18–21; cf. Rom. 3:23). Yet, Christ’s obedience as the Last Adam is also an obedient priestly work (Heb. 5:1–10) by which our Lord offered himself as a “sacrifice” for our sins. Set within the context of the Mosaic covenant and the OT sacrificial system, to say that our Lord’s death is a sacrifice means that he acted as our new covenant head and substitute to pay for our sin and satisfy God’s wrath against us; hence the use of the word “propitiation” (Rom. 3:24–26; Heb. 2:17; 1 John 2:2; 4:10). In fact, in the Septuagint (the Greek translation of the OT), the word “propitiation” (hilasterion) refers to the “mercy seat” where the sacrificial blood of the lamb was poured on the Day of Atonement (Lev. 16). Thus, these three different ways of thinking about the cross are really united to explain how Christ’s death is a sacrifice for our sins (1 Cor. 15:3).

But, as we are also discovering, the Bible’s diverse presentation of the cross is best understood under the theological view of penal substitution. Why? Because penal substitution best accounts for the diversity of the biblical data set within the Bible’s own framework of God, humans, sin, and unpacked along the Bible’s covenantal storyline. Again, this is not to deny that the Bible’s presentation of the cross is multifaceted, but diversity of words and concepts do not lead to divergence. Instead, when each word is explained on the Bible’s own terms, what we discover is that the best interpretation of Christ’s cross and what is central to it, is the view of penal substitution. In fact, this truth is further reinforced by now turning to the fourth biblical word that explains the meaning of Christ’s death: “redemption.”

As a word and concept, “redemption” conveys the idea of being liberated or “bought back,” either as a purchase or ransom. In the latter use of “ransom,” it also conveys the idea of “deliverance” or “liberation” from a state of bondage and captivity by the payment of a price, not merely an act of deliverance. As John Stott has rightly reminded us, “the emphasis of the redemption image is on our sorry state—indeed or captivity—in sin which made an act of divine rescue necessary.”[1]

In current discussion, some attempt to interpret the meaning of “redemption” or “ransom” merely as an act of liberation devoid of any concept of the payment of a price.[2] Hence, when Scripture teaches that Christ’s death is an act of “redemption,” it is not viewed as an atonement to pay for our sin before God. Instead, to say Christ “redeemed” us is to say that Jesus “liberated” us from the powers, analogous to God’s “liberation” of Israel in the Exodus.[3] For this reason, Joel Green and Mark Baker claim that Jesus speaks of his death as a ransom devoid of the payment of a price. Thus, in the two places where Jesus speaks of his death in “ransom” language (e.g., Mark 10:45 [Matt. 20:28]; Mark 14:22–25 [Matt. 26:26–29; Luke 22:19–20]), they argue that Jesus only speaks of himself as a “ransom” after the pattern of the Exodus. In addition, they contend that in both places the context of Jesus’ teaching is more about issues of power and status among his disciples than the payment of our sin. Repeatedly Jesus’ disciples struggled with the question of who was the greatest. Jesus’ response to their desire to gain power and prestige was to reject such thinking and to insist that they must become servants, just as Christ has come to serve and give his life a “ransom” for many.[4] Thus, Green and Baker conclude that the word “redemption/ransom” is best understood as “deliverance,” which, in fact, functions in more of an exemplary direction and as such, has little to do with a payment price for sin.

What are we to think of such a view? Although there is some truth to it, it must be rejected as not fully accounting for the meaning of redemption in both the OT and the NT.

The Meaning of “Redemption” in the OT

First, let’s think about the OT. To argue that “redemption” only conveys the idea of liberation or deliverance and not the payment of a price for our sin is incorrect. No doubt, the great act of redemption in the OT was the Exodus, but, in context, the Exodus is more than a mere act of political liberation. It also involved liberation by substitution or payment of a price.

This is best seen by thinking about the Exodus in light of the Passover and the tenth plague. In light of sin, God has a rightful claim on the firstborn son as a representative figure for the nation. To escape the angel of death, the Passover involved both deliverance and payment for sin. The only way the firstborn, whether in Israel or Egypt, could be delivered was through the shed blood of the lamb applied to the doorposts. The Passover, then, is more than a demonstration of God’s love or an act of deliverance; it also involves the idea of substitution. For the firstborn to go free, the Passover lamb must stand in the firstborn’s place.

Indeed, apart from the Passover occurring, the Exodus deliverance and the inauguration of the old covenant would not have taken place. In the Bible’s storyline, at the center of God keeping his promises to Abraham, delivering Israel from Egypt, and entering into covenant relationship with them was the reality of penal substitution. This is why in later Scripture and especially the NT, God’s liberation of Israel from bondage involved more than bondage from political powers but also the need for redemption from the bondage of sin (see Isa. 42:18–55:13 and the contrast of two servants, Cyrus and the Suffering Servant). In God’s plan, the Passover and the Exodus serve as types that point forward to the need for something far greater, namely, for God to provide his own Son as the Passover lamb to redeem his people from sin.

This is also why, repeatedly in the OT, people, property, persons are all “redeemed” by the payment of a price, which ultimately reaches its fulfillment in Christ, our Redemption (e.g., Exod. 13:13; 34:20; Num. 18:14–17; Jer. 32:6­–8; Eph. 1:7; Acts 20:28; Rev. 5:9).  It is also why, as the biblical covenants unfold, the Prophets, who anticipate the dawning of a new covenant, link the Passover to elements of the sacrificial system and the suffering servant of Isaiah 53. But note: the new covenant at its heart is bound up with the forgiveness of sins (Jer. 31:34), which is made possible by the work of the servant who offers himself as our penal substitute.  Some, like Green and Baker, admit that the suffering servant of Isaiah 53 functions as one of the most prominent categories by which Jesus’ death is interpreted within God’s overarching purpose, but they contend that how it functioned in relationship to God’s salvific intention is not a compelling concern.[5] But this is incorrect. In Isaiah 53, the Servant not only suffers undeservedly because of sin, he also suffers in the people’s place, as a substitute, the righteous for the unrighteous (see 1 Pet. 2:24–25). Redemption in its fullest sense only comes by the Servant, our Lord Jesus Christ, who offers himself as our atoning sacrifice for our sins.

The Meaning of “Redemption” in the NT

Second, with this OT context setting the stage of the NT, when Christ’s cross is interpreted as our redemption, it is nigh impossible to interpret it as mere deliverance. In light of the Exodus backdrop, the Passover, the covenants, the sacrificial system, and Isaiah 53, for Christ to die as our redemption means more than that liberating us from the powers. Instead, Christ liberates us by paying for our sin and setting us free from the greatest problem we face, namely our sin before God. What the Passover and Exodus typified is now brought to fulfillment in Christ and his cross. This is why, as the concept of “redemption” comes over into the NT and it is applied to Christ’s cross, we are told that we are redeemed “through [Christ’s] blood” (Eph. 1:7), that Christ’s redemptive work is a “propitiatory sacrifice” (Rom. 3:25), and that “we were bought with a price” (1 Cor. 6:20; 7:23; cf. Acts 20:28; Gal. 3:13–14); namely, Christ’s own shed blood for the forgiveness of our sins (1 Pet. 1:18–19). It is only by our Lord Jesus Christ dying in our place as our new covenant head and substitute and shedding his blood as our atoning sacrifice that he accomplishes our redemption by paying for our sins in full.[6]

When we add the word “redemption” to the other biblical words that explain Christ’s cross, we add another layer of richness and glory. Yet, the same underlying message is conveyed regarding the meaning of Jesus’ death for us.

At its heart, Christ’s death is for our sins. Our Lord, our new covenant head acted on our behalf as our representative and substitute to pay for our sins and thus set us free from the power of sin and death. But even more than this: Christ redeemed us from God’s demand for perfect obedience as expressed in the law (Gal. 3:10–13; 4:1–5) by keeping the law’s positive demands in obedient life and satisfying the law’s penal demands in his substitutionary death. As a result, our Lord Jesus Christ now owns us twice, first as our Creator, and now as our great and glorious Redeemer (1 Cor. 6:18–20). May we forever live our lives as those who are debtors to God’s grace that has so lavishly been poured out on us in Christ Jesus our Lord (Eph. 1:4–10).